Did you know that Austin currently has the fastest population growth among metro areas with a million people or more? Why is everyone moving to Austin? For starters, it’s a great place to live, with live music, the great outdoors, delicious food, and much more. Here are some things you should know if you’re thinking of moving to Austin, Texas.

Austin Is a Global City

Austin is the capital of Texas. It’s the largest city in Travis County and the 11th most populous city in the United States. The economy is booming, and it’s a college town as well as a hub for many different industries. In fact, Austin is home to the regional offices of multiple Fortune 500 companies, including 3M, Apple, Facebook, Google, and Whole Foods Market. Austin is very green, with 15% of the city’s energy provided by wind farms, and all the city buildings powered by renewable energy.  It’s also a college town and home to The University of Texas at Austin, with all the cultural opportunities and sporting events that designation implies.

Live Music Capital of the World

No matter what kind of music you enjoy, you’ll find whatever you’re into in Austin. Music venues abound, including clubs and restaurants. In fact, live music is everywhere in Austin, even at the local coffee shop or Sunday brunch.

For those considering living in Austin, Texas, pros and cons lists inevitably detail the availability of jobs. A big part of the thriving job market is the steadily growing tech industry, nicknamed “Silicon Hills.” What’s more, Austin has top industries in business services, government, education, and health services, and the whole city has an entrepreneurial spirit and energy.

On winter evenings, purplish light glides over the hills, which is why some call Austin the “Violet Crown City.” The weather is moderate compared to other cities in Texas, probably because of the gentle, rolling hills that help curb the heat. Spring is humid and warm, summer is humid and hot, fall starts out hot and dips into the 50s by November, and winter is sunny, with lows in the 40s and highs in the 60s. In the summer, Austin residents enjoy swimming, particularly in the 3-acre pool, sourced from underground springs, at Barton Springs next to Zilker Park as a way to beat the heat.

Austin Is a Foodie’s Paradise

You might even come for the music and stay for the food! Tex-Mex and barbecue are local favorites, and the city has a thriving food truck scene. Check out Eater-Austin to find the hottest eateries in town, try the Brisket at Franklin Barbecue, and consider visiting 5000 Burnet Food Park for dozens of food trucks and trailers. Along with a dog-friendly atmosphere and a generous BYOB policy, you’ll find food trucks serving everything from Hawaiian to Venezuelan to sushi to Thai and beyond.

Austin Traffic Can Be Terrible

When you’re weighing the pros and cons of moving to Austin, it’s important to be aware of this fact. It’s on a par with cities like Los Angeles, New York, and San Francisco, and commuters can expect regular delays of 30 minutes or even an hour. Worse, the public transportation is lacking, unless you’re strictly moving through the Downtown and Central areas. The city has a walkability score of 41, which isn’t terrible but could be better. However, it’s an extremely bikeable place to live. There are tons of bike paths, and even a bike-sharing program.

Austin Is Home to Many Festivals

Music festivals like Austin City Limits and the Old Settler’s Music Festival are wildly popular, and South by Southwest, a 10-day event celebrating music, film, and tech, brings hundreds of thousands of visitors to town each year. In fact, there are musical festivals almost every month in Austin. Beyond the music, there’s the Austin Food and Wine Festival, and Fantastic Fest, one of the largest genre film festivals in the U.S., featuring action, sci-fi, horror, and more.

Cost of Living in Austin, Texas

The cost of living is relatively high, but there are still affordable neighborhoods. If you’re wondering where to live in Austin, Texas, there are plenty of charming places. If you’re on a budget, though, the list becomes narrower. While the city is a bargain compared to cities like Chicago, San Francisco, and New York, it’s pretty expensive for a Texas locale. Fortunately, the median income is also higher than the rest of Texas. As a rule, the closer the neighborhood is to Downtown Austin, the higher the cost of housing. Bouldin, Triangle State, and Old West Austin are all expensive areas, full of urban amenities. Highland, Brentwood, Rosedale, and East and West Congress are moderately priced. These urban/suburban neighborhoods still have a wide range of things to do, as well as a diverse population. Parker Lane, Wooten, Hyde Park, and Windsor Park are more affordable, popular with young professionals, and have above-average schools. Some Austin-adjacent communities are budget-friendly and appealing, like Liberty Hill, which has a rural feel, and Georgetown, which has plenty of cultural attractions and a tight-knit community feel.

Outdoor recreation is abundant in Austin. Lady Bird Lake has plenty to do, including boat rentals, hiking, and other opportunities for fun, across 416 acres of recreation. Zilker Park has a playscape, disco golf course, volleyball, outdoor concerts, and more. Take a hike on Mount Bonnell and check out the gorgeous views of the Colorado River from Austin’s highest point.

Other Things to Know Before Moving to Austin

There are some important things newcomers need to know. Movers need to have a temporary parking permit, so secure one through the Texas Department of Motor Vehicles before your move. Once you move, you’ll need to get registered to vote, get your driver’s license changed, and register your vehicle.

If you’re ready to pack up and move to Austin, Texas, it’s time to call Firefighting’s Finest Moving & Storage. We are dedicated to providing efficient, safe, and professional commercial and home moving services, as the moving partner you can rely on. Founded in 2001 by two off-duty firefighters, we’ve grown to serve not only the Dallas/Fort Worth area, but also Houston and Austin as well. A locally-owned-and-operated business, we exceed all state and federal requirements for a moving company and can handle all of your moving needs. Call 844-715-6625 or visit our website for an estimate. 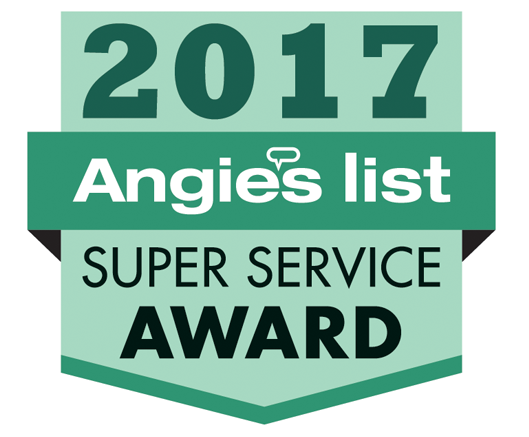